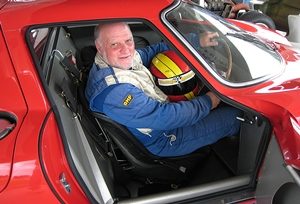 Mark your calendars, make your plans, and don’t be left out from an exciting evening with Burt Levy, World’s Fastest Novelist, celebrated author and story teller of The Last Open Road. Also, along for the ride, world famous FF driver and proprietor of the Motorsport Collector, Paul Zimmerman at the Chicago Region’s April Membership Meeting. All this will be happening at K1 Speed, 2381 E Army Trail Rd, Addison, IL 60101 on Wednesday April 19, 2017 at 7pm.

As a young man, Burt Levy always had two divergent dreams: to drive great racing cars and to write great novels. Since then he’s traveled extensively, worked various jobs as a hod carrier, a dish washer, a cook, a motorcycle mechanic, a line worker in a drop forge, served as foreman of a hippie leather clothing commune and as a suit-and- 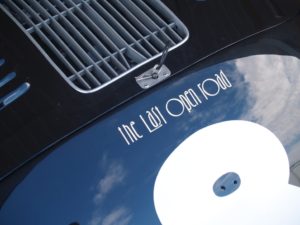 tie packaging salesman. He also served his apprenticeship in the motor trade, where he fixed cars, sold cars (during which time he had a Rolls Royce Silver Shadow convertible taken from him at gunpoint on a test drive!), raced cars, ran a sports car shop and even filled in as a stunt driver when The Blues Brothers movie was shooting in Chicago. As a driver, Burt’s amassed over 80 amateur and vintage race wins and 8 season championships in a truly incredible variety of cars, and he’s driven and raced some of the world’s rarest, fastest and most famous automobiles. Burt regularly serves as a racetrack color announcer, banquet speaker and track-day instructor for various car clubs, and his feature stories and byline columns for Vintage Motorsport magazine have won him a large following along with several honors and awards.

His first book, The Last Open Road, debuted at Road America in July of 1994 and was an instant hit with racers, wrench-twisters, corner workers, fans and enthusiasts. The story line follows the first-person adventures and misadventures of likeable, blue-collar, 19-year-old gas-station grease monkey Buddy Palumbo as he gets swept up in the wild, dangerous, glamorous and decidedly upper-crust world of open-road sports car racing during the Eisenhower fifties. Next came the exciting tale of Montezuma’s Ferrari as Buddy and his pals race through Mexico competing in the La Carrera Panamericana. Most recently Burt’s fans are waiting for the third book in the 200 MPH Steamroller series to find out what happens to our favorite racing scribe, Hank Lyons.

Paul Zimmerman worked in F and C, aspired to be a road racing champion and found his niche in the motorsports collectables world. Through Paul’s endeavors and his store Motorsport Collector many of us have been able to acquire for our own collections, works of automotive art and collectables we have enjoyed for years. Paul will be joining us this evening with examples of his wears for anyone wishing to add to or begin their own collection.

Both Burt and Paul are long time members of the Chicago Region, and would like to spend some time with you, share some laughs, tell a few stories and have a good time. So join us for an enjoyable evening of fun and friendship at this gathering. Burt will be happy to autograph one of his books for you and for that empty spot on the den wall or shelf I’m sure Paul will have just the right thing for you. See ya there.