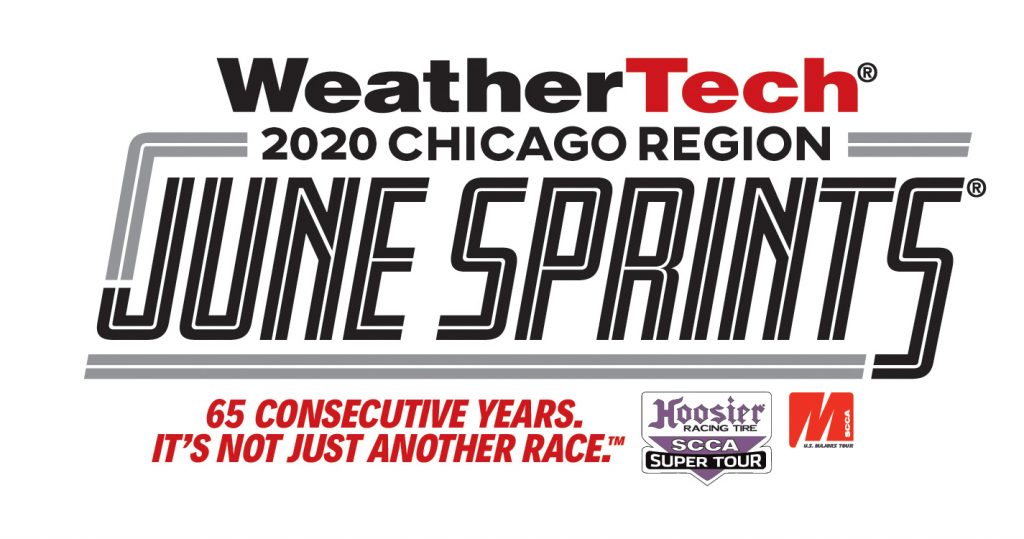 Road America opened its gates for the first time in September of 1955, and the first race run was an SCCA National race.

(A copy of the program can be found HERE.)

The Summer of 1956 was the first full season of racing at Road America, and it included the Chicago Region June Sprints on the 23rd and 24 of June. This first running of the June Sprints was part of the SCCA National Sports Car Championship, a series that determined the SCCA Champions prior to the now-familiar Runoffs. The 1956 Championship Series consisted of races at Walterboro, Pebble Beach, Cumberland, Eagle Mountain, Road America, Beverly, Seafair, Thompson, Watkins Glen, and Palm Springs. Road America and Watkins Glen are the only circuits still in existence today. Notable entrants in the first June Sprints were drivers of the like of Carroll Shelby, Carl Haas, Birdie Martin, Jim Jeffords, Augie Pabst, and Briggs Cunningham (who invented, among other things, the racing stripe!).

The June Sprints has been held every year at Road America since 1956. This makes it possibly the longest consecutively held road race in America. The 12 Hours of Sebring could have done it, but was not held in 1974. The road race course at Daytona wasn’t even built until 1959.

Reserve the weekend, plan to attend and join us for the fun, competition and friendship!

Remember….
Since 1956 all the great road racing drivers have known that…

“IT’S NOT JUST ANOTHER RACE™”!