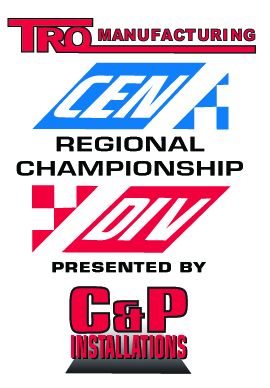 Registration must be done before the event to earn points for that event. Registration is required to earn series points and is provided at no charge. Competitors can register via the link on the CenDiv site. 2011 Registration will be done on MotorsportsReg. New stickers for 2011 will be mailed to all who register.

Final standings will only reflect competitors who finish at least 7 of the 13 races, who have not competed in class at this year’s Runoffs®

Tie breakers will be handled according to GCR 3.9.1.E, Division Championship Ties.

Series Decals: a driver’s first set is free with registration, subsequent sets cost $5. In the event of a decal change, or addition/change of series sponsors, new decals will be issued, and old series decals will be honored for one race after the change.

SP: Cars which exceed the preparation limitations of the applicable Production or GT specifications, but which meet the general regulations of Section 9.1.2 of the GCR for GT category cars.

SM    – Per GCR, with the nationally spec’d tire per the GCR
SMT – Per GCR, Open tire rule.

CFF
Chassis Eligibility: All Club Fords must have outboard spring/shock mechanisms on at least one end of the car. A suspension is “outboard” if two conditions are met: (1) the upper mount of the spring/shock mechanism is equal or further in distance from the centerline of the chassis than the upper suspension mounting point and (2) the lower spring/shock mounting point is further outboard than the upper spring/shock mount and attaches directly to either the hub carrier or one or both lower suspension links. In this definition, trailing arms and radius rods are not considered to be suspension links. Club Fords should be raced as nearly as possible to their model’s original specifications except as noted below. The chassis may not be modified or updated except to improve driver safety.
Suspension may not be modified or updated except that stronger materials may be used as long as they match the dimensions of the original piece. Example: the hub carrier may be a weldment instead of a casting as long as the original suspension link and spring/shock mounting points are the same. GCR legal shocks and springs and GCR legal engine components (flywheel, aluminum head, crank, pistons, etc) are not otherwise restricted in Club Ford.