Thirty individuals came out for the March event at Blackdog Speed Shop a high performance prep shop, building and setting up everything from ultimate street cars to champ 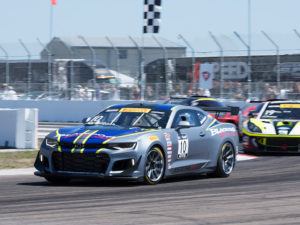 Ray opened his presentation with some history of the team.  Founded in 2002, Blackdog Racing began competing two Chevrolet Corvettes simultaneously for Tony Gaples in SCCA T1 and World Challenge.  When the T1 car was damaged the team’s attention was directed towards the World Challenge car.  This emphasis brought about their race operations very successful Pirelli World Challenge GTS effort. 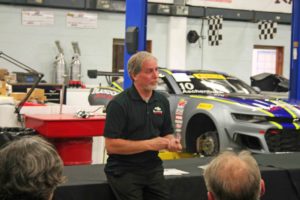 Ray continued with telling us about their new look as the season starts for Blackdog Speed Shop, which officially debuted the Chevrolet Camaro GT4.R to open the 2017 Pirelli World Challenge GTS season. The team is confident that the impressive new Camaro, built to global GT4 specifications, will aid in the quest for a fourth GTS Driver’s Championship in five seasons.  Based on the road-going Chevrolet Camaro ZL1 1LE, the Camaro GT4.R features a 6.2-liter, Chevrolet small block V8 that was developed and validated by Chevy Racing. Power is delivered to a six-speed Xtrac sequential transmission with paddle-shifting and adjustable traction control.  Additional mechanical features include an Xtrac racing limited-slip differential, a two-way adjustable Ohlins Racing dampers and adjustable ABS along with Brembo brakes. On the aero side, a new rear wing, front splitter and front diveplanes offer noticeable improvements over the previous generation Camaro.  Ray shared with us that both race cars were delivered to Blackdog just a week before they left for St. Petersburg with necessary track testing and set-up taking place at Savanah Georgia’s Roebling Road  and then on to St. Pete.  Ray stated “the team is very satisfied with their performance after this first outing of the new cars”.

Ray closed his presentation with a story about the Speed Shop’s other side of the business (ultimate street cars) and a beautiful 1955 Chevrolet BelAir retro rod.   The shop found this 55 in decent condition and then put the Blackdog Speed Shop team to work.  They prepared this car for the 2016 SEMA show in Los Angeles.  The SEMA project focused around bringing out the beauty, and delivering speed for the BelAir’s platform. Working from the ground up, BlackDog utilized a Heidts PRO-G IRS chassis kit and then had the chassis powder coated to make it pop. They then replaced the power plant with a Chevrolet Performance LS-7, normally aspirated 7.0L (427 CID) partnered with a 6-speed Tremec transmission.  The highlight of this story as Ray told it, “Tony was offered large sums of money for the car at the SEMA show, and he turned it down because he hasn’t yet had a chance to drive the car”. 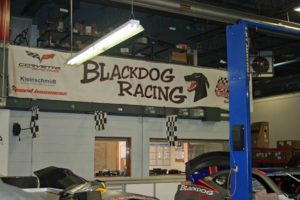 The Chicago Region also took advantage of this gathering to make a special announcement.   In 2016 the Region’s Board of Directors established a new “Member of the Year’ award and the Board has decided honor one of our members by changing the name of the award.  The Region is pleased to announce the “Berdie Martin Member of the Year” award.  Berdie, his daughter Elizabeth and son Beau were present for the announcement and Berdie expressed his sincere thanks and gratitude for this honor.

In closing, The Region would like to express their thanks and gratitude to Ray Sorenson and Blackdog Speed Shop for their hospitality and taking the time to share some stories and information about their racing program. 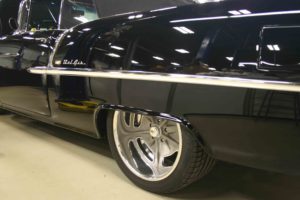 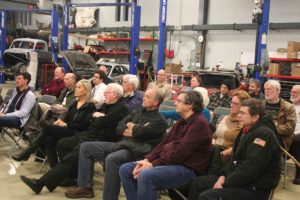 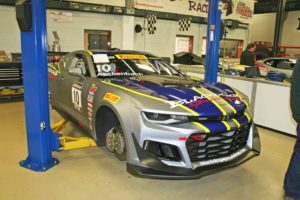 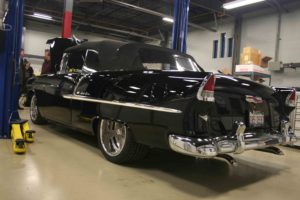 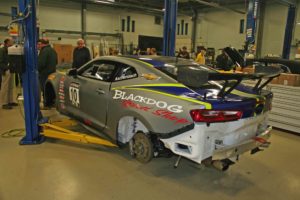 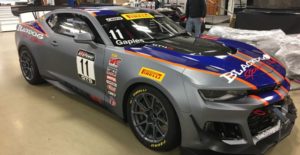 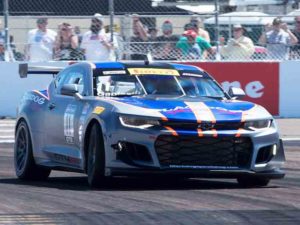