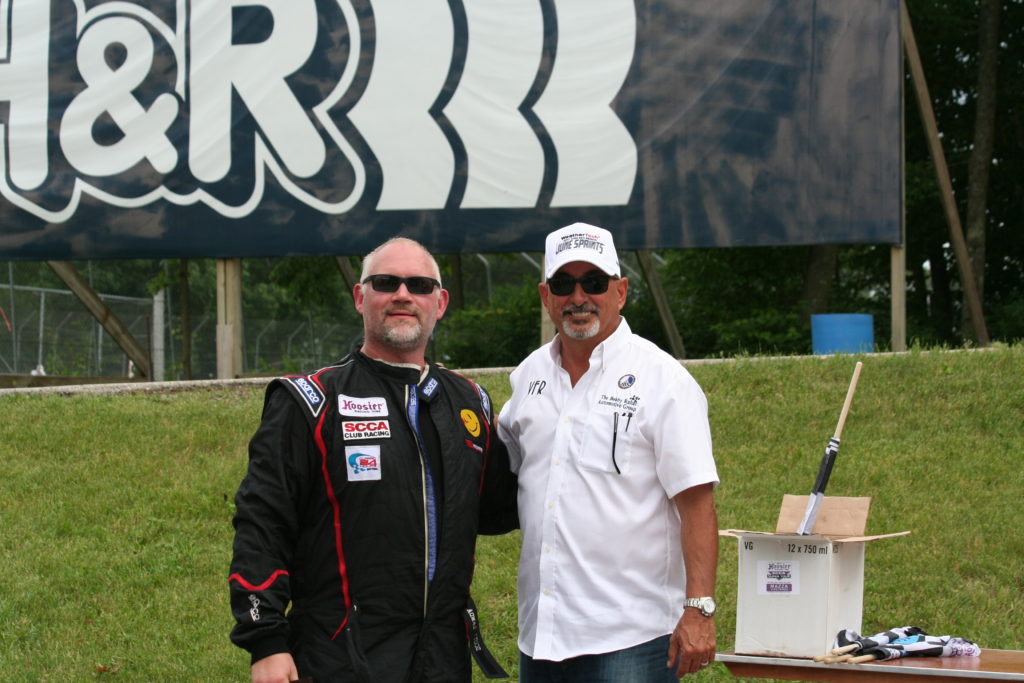 The Chicago Region June Sprints® has been contested for sixty-two years and many champions have come from and competed in this storied event. This year the June Sprints Grand Marshall is one of those champions. Bobby Rahal took time out of his busy racing schedule to join us at this year’s event. Bobby’s was only at the track on Saturday and his presence at the Sprints was a home coming of sorts. He began his relation with the Chicago Region SCCA and Road America in the mid-fifties when he would accompany his father Mike Rahal to the races. Mike, was a Chicago Region member and June Sprints competitor in his own rite and raced a variety of cars over the years and Bobby was right there helping out and doing whatever he could to support and learn.

As Grand Marshall of the June Sprints Bobby’s day began with interviews with the track announcer and with the Performance Motorsports Network. The Performance Motorsports Network came to the June Sprints as part of the Hoosier Racing Tire SCCA Super Tour and conducted live radio broadcasts throughout the weekend. Bobby then kicked off the racing action of the weekend by throwing the green flag for the first race of the weekend. During all of that activity Bobby still found time to visit with old friends and taking time pose for some photographs.

The remainder of the day Bobby was helping with the winners circle congratulating winners of the Hoosier Racing Tire SCCA Super Tour and presenting them with their trophies. Having visited the winners podium a few times himself, Bobby understood the importance of the occasion and greeted every driver with a smile, a hardy handshake and a well done, posing for pictures if asked. Even with all of this going on there was still time for Bobby to dash off to watch some racing. At one point I had the opportunity to join him on the golf cart at Turn 5. It was interesting to observe, people passing by, they would look then look again, not really sure, but when fans did stop he always took the time to answer a question or just say hello.

With the end of the racing for the day, many volunteers, drivers, and guests made their way to the Road America Center for the party and dinner. After dinner Chicago Region “RE” Rick Bentson introduced Bobby Rahal to the crowd and Bobby engaged the audience with stories of his memories of growing up in a racing family and the Chicago Region. Bobby, a life-time member of the Chicago Region was awarded the Chicago Region Rookie Driver of the Year 1973, and followed that up with the Chicago Region Driver of the Year in 1975.   He shared with everyone, the importance of those two awards to him and how they are displayed with all of his other pro racing career trophies and other memorabilia. After his appearance, as with all day, Bobby never refused a request for a photo or an autograph, always gracious and accommodating and never pretentious, he is just one of us, a racer, a fan, a club member.