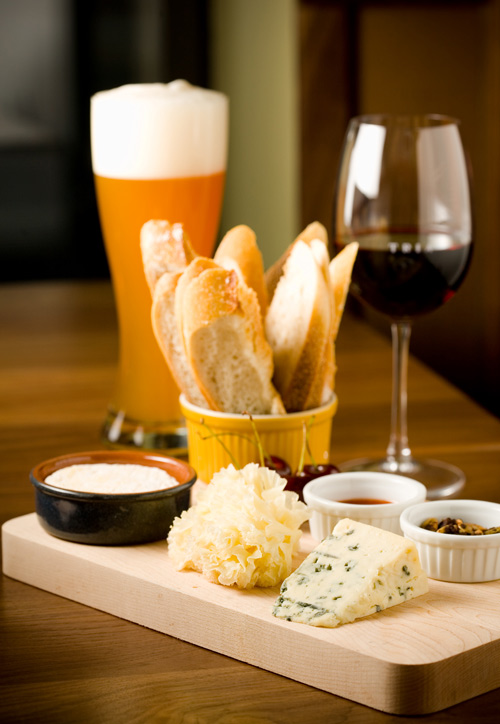 Saturday, May 20, 2017 the Chicago Region SCCA hosted our spring backroads tour as part of our G.O.A.T.S. (Get Out And Tour Series). The tour, a two and a half hour, 115 mile drive begin in the Rockton IL. area, and headed out on some of the best driving roads in northern Illinois and southern Wisconsin. The weather forecast for the day in one word was wet. No other word could describe it better. In the days prior to the event when you listened to the weather reports it didn’t look good. One hundred percent chance of precipitation, possible severe weather, and add in a chance of flooding on the route, one would have to ask the question, why are we doing this? Thirty five cars entered the event, with thirteen shying away the day of do to the weather. Twenty two cars began the Tour as a moderate rain fell, but soon that tapered off and for most of the drive the rain was light to just a drizzle, with an occasional heavier rain that you would drive into and out of just as quick. There were three stops suggested during the Tour which also provided time out of the rain.

The first stop was at the Decatur Dairy in Brodhead, WI known for their award winning Muenster and Havarti cheeses.   The small cheese store was very busy but everyone was able to pick up some cheese or just browse, and then back on the road again. Botham Vineyards was the suggested second stop, but to get there you had to stay focused and not allow the rally master to get into your head. The drive was going along fine, beautiful scenery, fantastic backroads full of sweeping turns and plenty of elevation changes, just as one would expect. The route instructions provided were clear with mileage reference points to aid in staying on course, nothing odd or hard to follow. “Left at yield onto Co. C” then “right at the stop sign onto Co. J” followed by “left onto Holstein Prairie Rd”. Then with no indication something was happening, the route instructions directed us to go “right at stop sign” and then “acute left at first opportunity”.   There it was starring us right in the face, a simple direction, an acute left, at your first opportunity. You were even told it was 0.8 miles, how hard could this be? Well let me tell you, it wasn’t as simple as you’d think. The corner was hidden behind a stand of bushes, sad looking little trees, and weeds taller than most of the cars entered in the event. Oh, and did I mention, a slight elevation change with the slightest of a curve. Then, there it was, the intersection, not your normal intersection, somewhat like an upside down “Y”. If you’ve participated in one of these tours before you knew this was it, yet there was this little hit of doubt? As I approached this maneuver I witnessed one of the cars on the tour drive right past it, like it wasn’t even there. As I approached I made my turn, and headed up-hill on the curvy narrow road, thinking the whole time, “this is it, it must be it, are you sure this is it”? Then as I came around a bend in the road, there it was standing at the top of the hill just daring us to continue up the road. A farm, a big old barn, a farmhouse and other out buildings and farm equipment, sitting on both sides of the road. “This can’t be it, this road is just leading us into the farm yard”. I couldn’t believe it, the rally master had managed to get into my head, caused me to start questioning the route instructions, my ability to follow said route instructions, and my ability to press on. So I stopped, sat there for a moment, and discussed the situation with my navigator, is this right, are we in the right spot, do we continue on? All questions, not necessarily the right questions, but questions none the less. So we shook it off, cleared our heads and continued on, slowly at first, with just a bit of caution as we pasted the barn, the farmhouse and the outbuildings, it was a road, an odd road, but it got us to our next direction and on to Botham Vineyards in Barneveld, WI.

The vineyard was coming to life, the vines were full of leaves, and the grass growing between the rows of vines was a brilliant green. As you drove up the long winding drive you came to the beautiful old Victorian farmhouse and then on to the old red barn which now serves as the tasting room and gift shop. The barn was full of people laughing, tasting wine, with others involved in lively conversation. This stop was truly one for the senses, the sights, sounds, and tastes. The last leg of the tour was the shortest, but just as enjoyable as the tour headed into New Glarus, WI, with its Swiss heritage and old world traditions. Swiss-style chalets and flower boxes filled with red geraniums graced the streets of the village. Because of the weather most of the tour participants decided to stop in town for lunch and broke up into smaller groups and found their favorite fare. There was no rush, the tour had no defined schedule so everyone enjoyed a leisurely lunch before heading on to the end point and our last stop on the tour, The New Glarus Brewery. The tasting room was open where you could enjoy a sample of Spotted Cow or one of their many other brews. Again despite the weather, the brewery was very busy but the facility was big enough and offered plenty of room for socializing with each other on the tour and allowed for more fun and enjoyment.